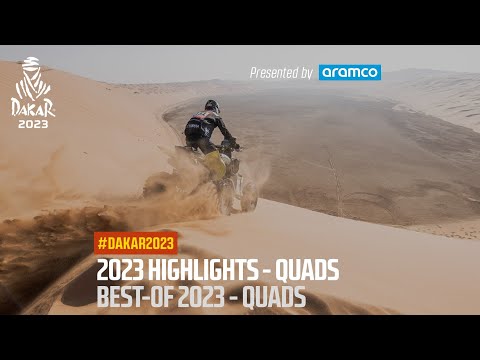 In 2022, Manuel Andújar”s title defence campaign ended not with a whimper, but a bang, as the Argentinian crashed out of the race in stage 6. This time round, he was out for revenge on Alexandre Giroud, who had pounced on the opportunity to usurp his throne. Coming a few weeks after the football World Cup final between France and Argentina, the duel between the last two winners of the Dakar doubled as a rematch! But once again, Messi”s compatriot did not reach the goal. First, mechanical troubles in stage 3 sent him careening down the standings, and then his quad”s engine received a red card in stage 11. Francisco Moreno Flores became Argentina”s lead striker, but time was not in his favour, as the Frenchman”s sizeable lead allowed him to play defensively. The Brazilian Marcelo Medeiros, racing to defend his honour after withdrawing from a stage and becoming ineligible for the overall, claimed four wins. Alexandre Giroud retained his crown. The Yamaha man, clad in blue, is the second rider to score back-to-back wins, after the Argentinian Alejandro Patronelli in 2011 and 2012.

HOW Did Alonso Score Points After This 😱 #Shorts